Interview with NT Wright on his upcoming book

I've been a fan of NT Wright for about a decade now.  I'm excited to see that his new book on Paul is coming out soon.  Here is a wonderful interview where he hits some of the high points of his book.

The Gospel, God's Love, and Family

A friend recently shared this video with me.  It is a 20 minute "round-table" discussion about the Gospel, God's love, and family.  Much of what they discuss is in the context of parent-child relationships, but I am convinced most of what they say can and should apply to our relationships in our church family.  And by "church family" I do mean family because that is what the church should be - a spiritual family united in Jesus.

As I watched I certainly thought a lot about my kids, but I was struck with how well Paul and Elyse articulate the essential approach to making disciples - a relationship of love whereby I communicate the character and knowledge of God to someone else.  Just about everywhere they reference "parent" and "child" you could substitute "discipler" and "disciple" respectively. 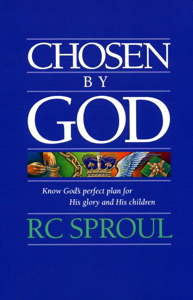 R.C. Sproul's Chosen by God was the first theological book I ever read, and it was one of the first books Lewie Clark recommended to me (along with Desiring God).  It is a primer (213 pages) on predestination which I found surprisingly riveting.

It is not an especially quick or easy read, but that is expected given the particularly vexing subject matter.  That said, I found Sproul to be very clear, thorough, and ultimately convincing.

I grew up being taught of, and believing in, a kind of free-will that said my decision to follow Jesus (or not) was the only decision in regards to faith that mattered.  In so many words, the door to God's Kingdom was open, and all I had to do was decide to walk through it and follow Jesus.  I could freely choose good, or I could freely choose evil.

This logic made complete sense to me, and I never really questioned it.  As a child, I was even exposed to an opposing view which said we are not equally free to choose between good and evil, but my teacher specifically told me, "We are not robots."  I considered this momentarily and thought, "She's right, I am not a robot."  So much for nuanced theological reflection.

When I read Chosen by God in college I was ripe for a fundamental shift in my world-view.  Sproul peeled back layers of my presuppositions and presented powerful reasons from scripture to believe that my will was not quite as free as I had previously believed.  Sproul was, of course, not the first writer to do this.  Centuries earlier Martin Luther did the same thing in The Bondage of the Will and later so did Jonathan Edwards in Freedom of the Will.

The essential idea is that because of sin our will is broken such that it is no longer able to choose good.  In other words, no one would ever choose to follow Jesus on their own.  Therefore, faith in Jesus is a gift from God based completely on grace and has nothing to do with anything we've done.

I read Chosen by God and Desiring God back-to-back and they were both instrumental in breaking down my self-centered world-view and rebuilding it in a profoundly Christ-centered way.

Of course, these perspectives are not without controversy. It seems to me that people who discover and embrace them later in life - especially during the often passionate college years - have a tendency to wear them on their sleeve or get a chip on their shoulder.  I was certainly tempted to do the same, but I am thankful for the men who discipled me who taught me the way of love, grace, and humility which rescued me from making foolish choices with my words and attitudes.  It is extremely rare for me to enter into debate on these matters, and when I do I try to be extremely deliberate, assume the best, and not take myself too seriously.

Email ThisBlogThis!Share to TwitterShare to FacebookShare to Pinterest
Tags: books

Significant Books: A Theology of the New Testament 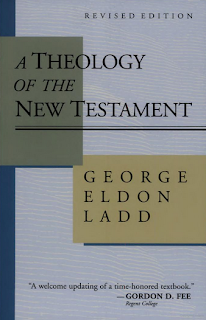 I stumbled across G.E. Ladd's A Theology of the New Testament on a friend's bookshelf.  When I looked through the table of contents I was interested in reading almost every single chapter.  Since the book weighs in at over 700 pages the table of contents is surprisingly long so I won't include it here.  Suffice to say he covers almost every New Testament book with helpful insights and analysis.

Ladd is probably best known for his work on the "kingdom of God," but he is also noted for his insight into Christian eschatology (which I've written about before).  He is also hailed for reviving biblical scholarship in the years after the second world war.

This book is academic (which you might have guessed by its size), but it is surprisingly accessible.  I credit Ladd's writing skill, clarity of thought, and the overall organization of the book.  It's easy to pick up and dive into any section.  It's also engaging on a devotional level.  As all good theology does, it deepened my love for Christ.

Yet A Theology of the New Testament did more than hone my perspective on the kingdom or eschatology.  It opened my eyes to the world of biblical theology of which I was hitherto unaware.  I had previously only been exposed to systematic theology.  To be clear, both "biblical" and "systematic" fields of theology put the Bible at the center of their study, but biblical theology focuses more on the historical development of the text and overall narrative of Scripture whereas systematic theology breaks down and organizes the text into comprehensive statements about specific topics.  Much more could be said here, but that is the essential difference as I understand it.

Among other things, this book exposed me to a beautiful branch of theology with a refreshing level of wit and sagacity, helped me understand a fundamental aspect of Jesus' message (i.e. the kingdom of God), and demonstrated the significance of Christian eschatology.  I'm deeply grateful for it.  Maybe (hopefully!) someday I'll make it to Tom Schreiner's and G.K. Beale's versions.
by Unknown @ 5:13 PM No comments: Links to this post 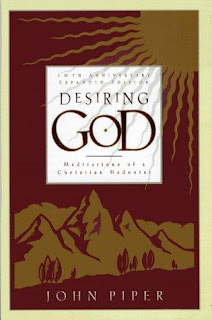 When Lewie Clark began discipling me in the winter of 1999 the first book he recommended I read was John Piper's Desiring God.

During our conversations I believe it became clear to him that I didn't have a solid theological foundation but I was eager to explore.  Although I had grown up in church I had never thought deeply about God's ultimate purpose for creation, his character, or his sovereignty.  Desiring God obliterated a significant portion of my world-view and re-oriented me on God's glory, his goodness, and his grace.  I remember reading a single paragraph or sometimes just one sentence and having to set the book aside to ponder and meditate.

It remains the most painful book I've ever read.  I lost my appetite and had trouble sleeping for a bit as I wrestled with it, but I ultimately fell joyfully in love with the picture of God which Piper painted from the Scriptures.

This is Piper's seminal work, and it undergirds his entire ministry (also named "Desiring God").  The book is subtitled, "Meditations of a Christian Hedonist," which can explained thusly: "God is most glorified in us when we are most satisfied in him."

The book is very well organized which was extremely helpful for me personally since the content was so mind-bending.  Here's a break-down:

Since I finished Desiring God I've read over a dozen other books by John Piper.  In essence, they are all the same book - Desiring God.  I've given almost 10 copies of this book away over the last 12 years, and I even recommended it to my philosophy professor in college.  Other than the Bible, there is no other book I more highly recommend to believers.

It is available for free in digital form or, of course, in print.

I'm curious about who else has read Desiring God and their opinions of it.  Was it challenging to read?  If so, was the challenge worth it?  Do you agree with Piper's vision?  Why?

P.S. The cover pictured above is no longer in print, but I chose it because it was the cover of my original copy and holds a special place in my heart.
by Unknown @ 9:27 AM No comments: Links to this post

If you've read any of my previous posts on the Gospel you know that I tend to favor the simple statement "Jesus is Lord" as the essential articulation of the Gospel.  This is something that I first discovered in the writing's of NT Wright.  In this video, Hirsch elaborates on the idea that "Jesus is Lord" is the essential cry for all we are about as believers.  As he says, it is a world-view in 3 words.

Email ThisBlogThis!Share to TwitterShare to FacebookShare to Pinterest
Tags: the gospel

If you haven't watched Alan Hirsch's short video on discipleship and consumerism scroll down and watch it.  I resonate with nearly everything he says in the video, and I've watched it a number of times now because I find it so compelling.  I like it so much that I want to break down his major points:

I love this.  Hirsch puts first things first - make disciples or fail.  The culture is effectively making disciples, and if we don't subvert consumerism and provide a compelling alternative (i.e. the Gospel) we will not effectively build the church.
by Unknown @ 11:08 AM No comments: